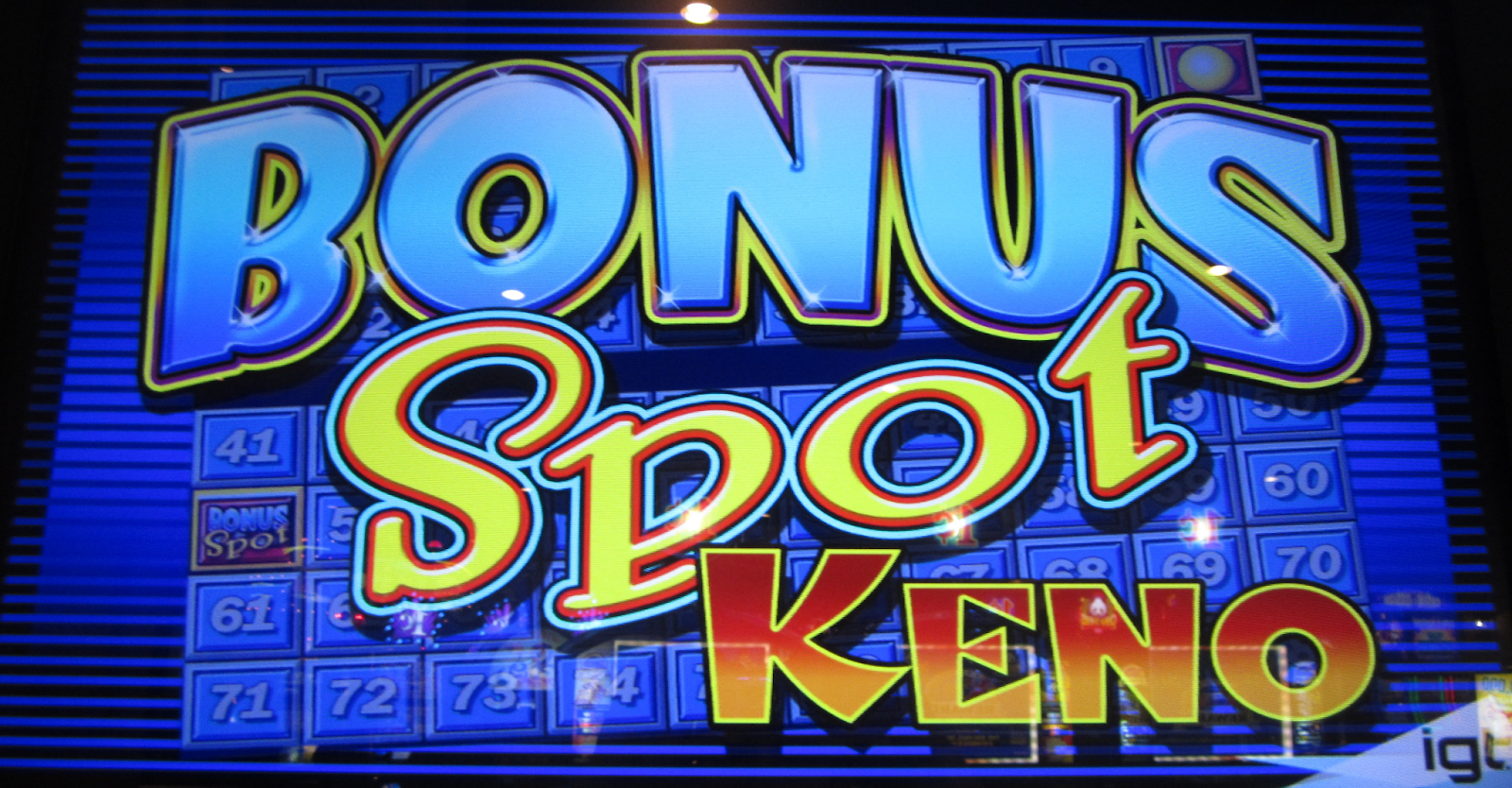 Bonus Spot Keno is a keno variation that works similarly to traditional keno, except that the player is paid more if the first number he picks matches a ball draw.


Analysis
The pay tables below are from the Rampart casino's 5-cent game. The Standard paytable is the first, and the Bonus pay table is the second. 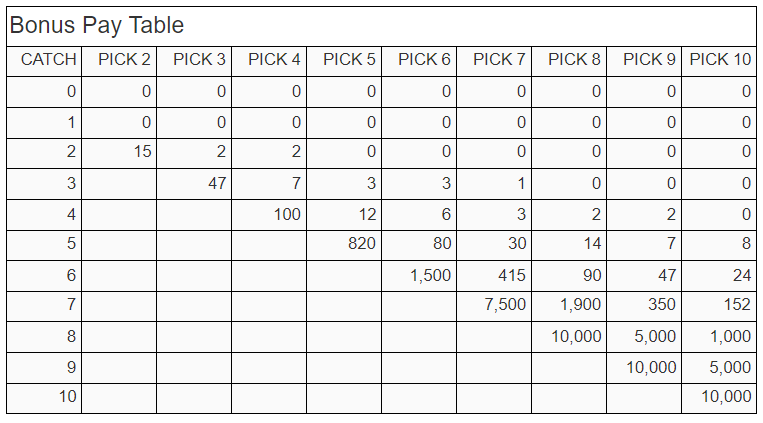 After considering the likelihood of matching the Bonus Spot, the weighted average win for each number of picks and catches is shown in the table below. 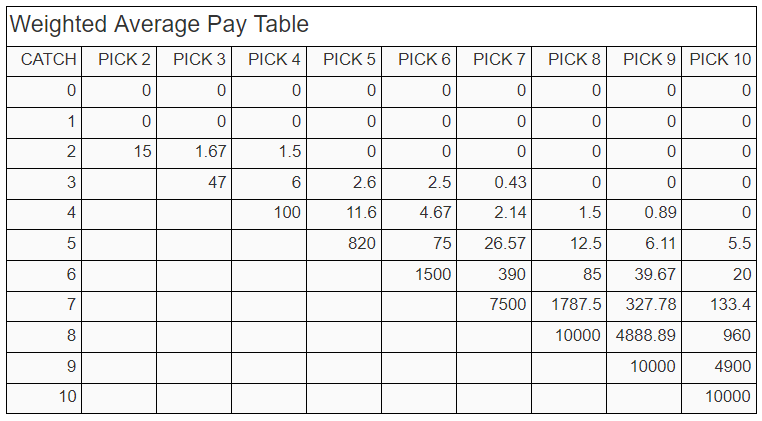 The chance of each combination of picks and catches is shown in the table below. 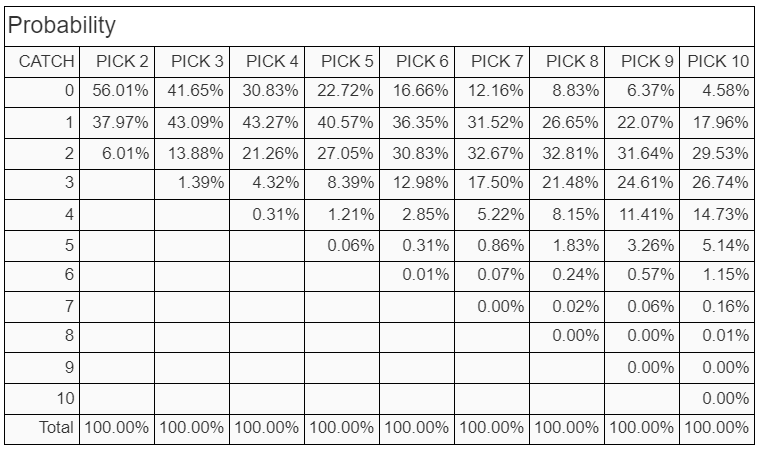 The final table, which is the product of the likelihood and weighted average win tables above, indicates the contribution to the return of each combination of picks and catches. The total return is shown in the bottom row. 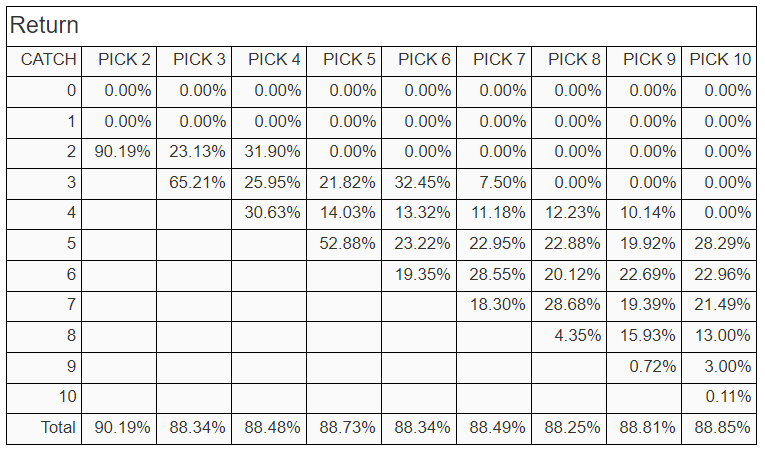