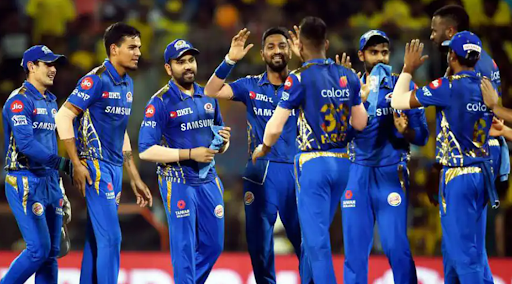 The owners of the Mumbai Indians IPL franchise, Reliance Industries Limited (RIL), have announced that they will own one of the squads in the next UAE T20 League.

The owner of Mumbai Indians – Akash Ambani stated that they are immensely delighted to have built the Mumbai Indians into a global franchise with core beliefs and culture, as well as our influence on the Indian cricket industry. He added that they are similarly confident in our ability to create another strong brand in the UAE and to contribute our expertise to the development of cricket in the UAE.

The Emirates Cricket Board (ECB) has recognized the six-team league, which is trying to fill a slot in the January-February window, though its inaugural season in 2022 is expected to take place in February-March.

Despite the fact that the ECB has granted the league sanction, it is being directed by another group of the committee. The group includes the board's vice chairman, Khalid Al Zarooni, and general secretary, Mubashir Usmani. Subhan Ahmed, a board advisor, and former senior PCB official will also be part of the committee. They'll be in charge of the operational team. The group will almost certainly include former IMG officials too.

Usmani was pleased with Mumbai Indians' decision to join the UAE T20 League. He said that the confidence that big business houses have demonstrated in the UAE T20 League is quite exciting. He commented that they are thrilled with RIL's participation as a franchise team owner in the League. He added that they are convinced that this relationship will be favorable for both RIL and the League, and will encourage cricket development in the UAE, based on the professionalism of Mumbai Indians' operations in the IPL, their accomplishment in getting together the most talented squad in franchise cricket, and the enthusiasm with which they obtain their goals.

According to a source close to the league's plans, the owners of the Knight Riders club are "on board" to own one of the teams. Manchester United’s owner – the Glazer family, and another big group - Capri Global, who recently bid for an IPL franchise but were unsuccessful. The Sydney Sixers of the Big Bash League, as well as Kiran Kumar Grandhi, a co-owner of the Delhi Capitals, are all possible club owners.

The Knight Riders group will also own a club in the Caribbean Premier League (Trinbago Knight Riders) and had purchased a substantial stake in the Major League Cricket competition in the United States in December 2020.